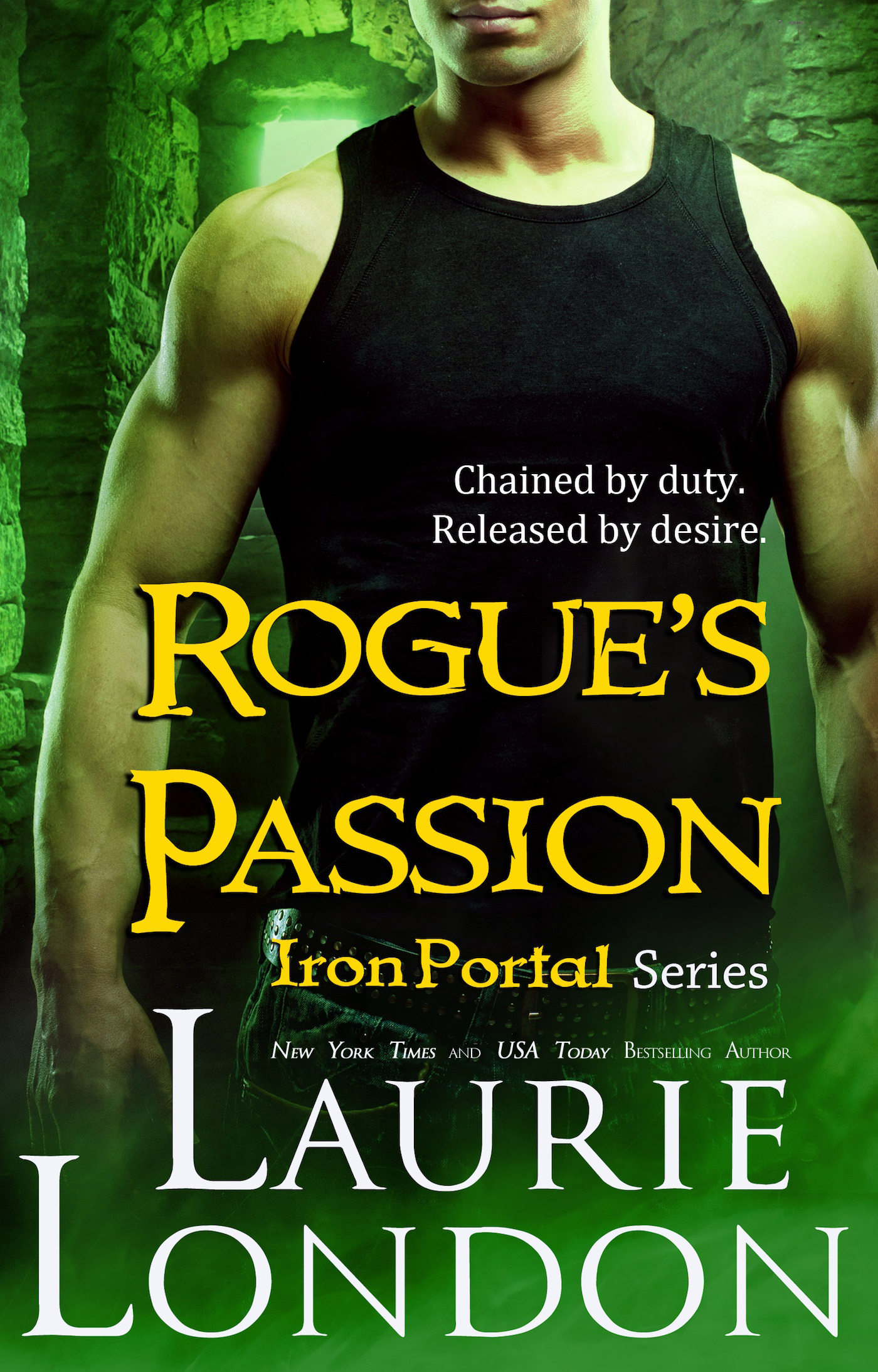 A bad boy falls for a mysterious woman and strikes up a deal she can’t refuse.

Hidden within the rugged mountains of the Pacific Northwest, Iron Portals separate the modern and ancient worlds. Only a chosen few, Iron Guild warriors, know their locations.

Blaming himself for the death of a friend, Iron Guild warrior Asher Kane vows to bring those responsible to justice. After he’s hurt on a mission and nursed back to health by a beautiful yet mysterious woman, this dangerously sexy bad-boy finds himself falling for her…even as he struggles to stay away.

“Oh yes Asher is my new favorite Cascadian Warriors! He’s so deliciously complex and OMG he’s the perfect bad boy! This book made me blush in a way I haven’t I a very long time!” – Carrie Book Fairy Fort

Then his fingers were in her hair, pulling her head back. A tiny sound escaped her throat as his mouth came down over hers.

Asher overpowered all her senses. Every single one. All she could breathe and taste and feel was him.

His tongue pressed against the seam of her lips and her mouth parted. As he plunged inside, his good hand slipped down to the small of her back, then lower still to cup her ass. She responded by arching her hips closer and wrapping her arms around his neck, careful of his injuries.

He groaned in response—or it could’ve been the pain—and kissed her harder.

With her defenses lowered, her healing energy trickled into him. She attempted to put up her mental barriers again, but with this close, intimate contact, it was hard to stem the flow completely. She could sense that his cracked ribs were knitting back together.

“I can’t want you,” he said, interrupting her, his lips skimming the sensitive skin along her jaw.

Goosebumps sprang up all over her arms and legs in response, and she forgot that she was healing him.

“You’re not my type. Not even close.”

He’d been at the club with a few women, including Monique, so she knew his type. Tall, voluptuous, flashy, and very beautiful. And he was right. She was none of those things.

“And you’re not mine, either,” she said.

At least the type she needed: a calm, stable man with an even temper and a predictable future. Being from the other side of an Iron Portal, Asher was about as far from that description as any man could be. But did that matter right now? Hardly.

Her fingers threaded into his hair as her mouth found his again. She pushed her tongue past his lips, her turn to explore him. That caused a rumble to vibrate in his chest. He tasted like vanilla and mint, and he smelled like soot and ash. One hundred and ten percent male.

“That’s good,” he said, as if he could read her thoughts, his voice as rough as the gravel beneath their feet. “But I want you to stay with me. Just for tonight.”

Her heart pounded. “Stay with you? Here?”

He trailed a string of kisses along her breastbone, just above the neckline of her dress, and his hair tickled her nose and chin.

“The apartment isn’t fancy, but it’s clean and no one will bother us. Besides, it’s too late for you to go anywhere else tonight.”

It was a tempting proposition—he was so damned hot. If she stayed with him tonight, maybe she could get this bad boy out of her system and move on. And he did have a point. It was late. Or early, rather. It made sense for her to stay the night and deal with getting home in the morning.

“I want you with me to get Conry,” he said, sensing that she was caving. His hand was at her breast now, his thumb caressing her pebble-hard nipple beneath layers of fabric. “And then I’ll take you home myself.” He drew her earlobe between his teeth and nipped at the delicate skin.

Hardly able to think straight anymore, she sucked in a ragged breath. The last of her common sense was evaporating, but she gave one last try. “Unless you let me heal you, you really should go straight to sleep.”

“Trust me, Olivia,” he whispered, his breath hot against her ear, his tone seductively mesmerizing. “Not every part of me was hurt. The most important parts are still fully functioning.”

“Let’s worry about everything else in the morning.”