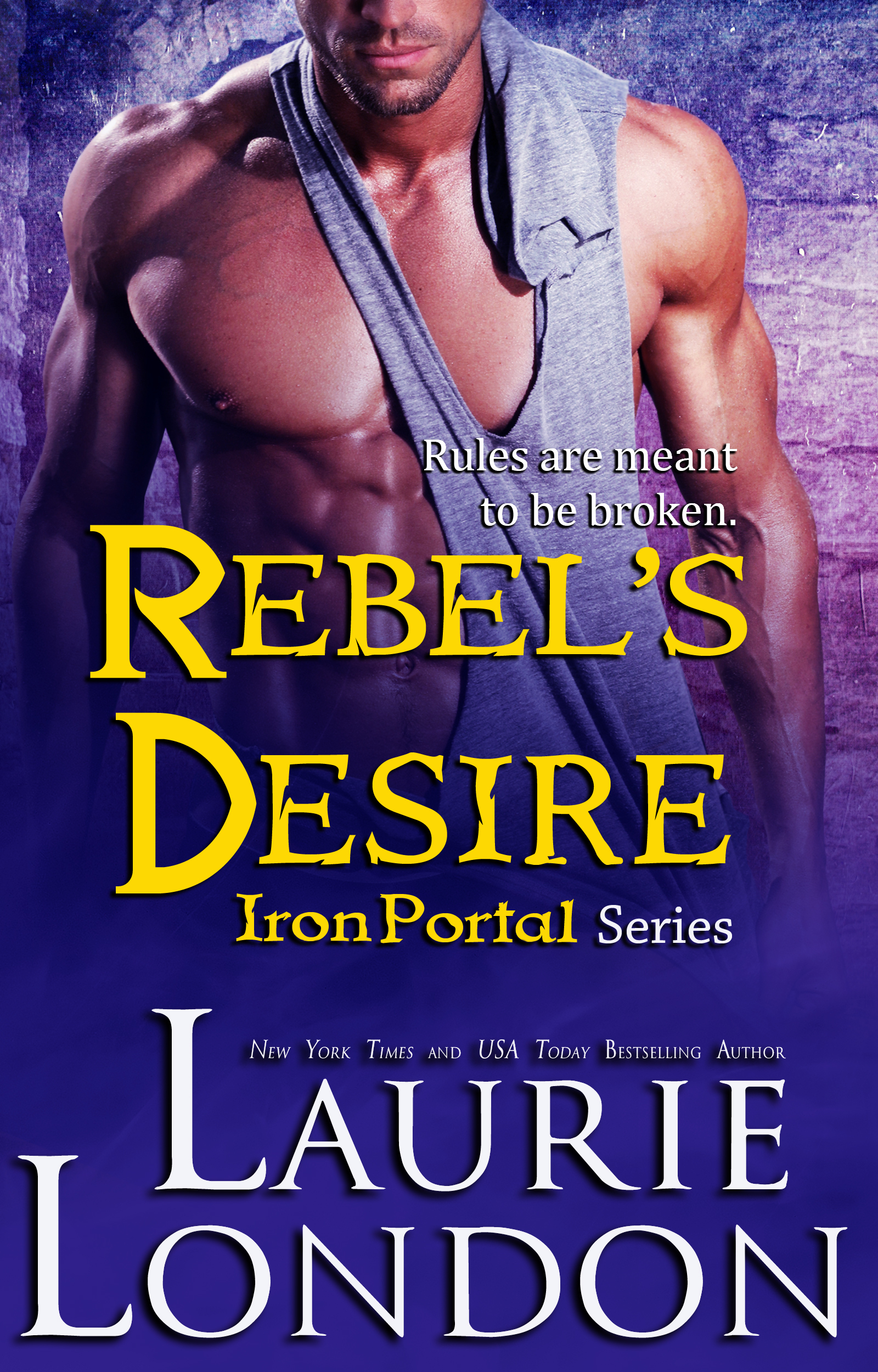 Tormented by a savage past and shattered by a bitter betrayal, Iron Guild warrior Toryn Flynn trusts no one and cares about nothing except the battle against their enemies. His target: a mobster who finances deadly missions into Cascadia.

Kicked out of the house by her puritanical father, Keely Weber and her sister run a bookstore and fortune-telling business in an underground district in New Seattle—until a powerful man who controls the area kidnaps Keely’s sister to sell her into the Talent sex-trade.

When a beautiful woman literally falls into his arms, Toryn realizes she holds the key to his success. Keely will do anything to rescue her sister…including taking risks with a dangerously sexy man who pushes all her buttons.

From the gritty streets of the city’s underbelly to a sexual-fantasy-themed island, passions ignite. But with evil surrounding them and time running out, Toryn must decide whether to sacrifice the woman he’s falling for or dare to trust his heart again.

“This is the fourth book in the Iron Portal series and I would recommend that you read them all. Not because of any links in the storyline but just because they are all quick, fantastic reads…A fast-paced and well-written story with no plot holes plus a good amount of angst. The Iron Portal series continues to deliver. Definitely recommended.” ~ Merissa Archeolibrarian, Kindle reviewer

“The action is intense and fills the book but it still focuses on the relationship between Toryn and Keely and makes for a book that moves at a remarkable pace. While the books are connected they still tell a different story with each one which keeps the series from getting stale and will have readers wanting more from the series. It is different from most paranormal stories which makes it in a class all its own.” ~ Larena, Kindle reviewer

“Wow, what another great read! This is the 4th in the series but can also be a stand alone. Ms. London has a way of capturing the romance between her characters like no other. A fast paced quick read with no cliffhanger. Can’t wait to see who’s story will be next.” ~ Tara, Kindle reviewer

A range of emotions tore through Toryn as he looked down at the petite, curvy woman who’d been in his arms a moment ago. Thick strands of red hair spilled over her shoulders, now covered by his leather coat. Various piercings studded her ears, and she had a smaller stud in her right nostril. Her cheeks were flushed, lips red—not from lipstick but from that…kiss.

Holy Fates. Could that kiss have been any hotter? If she weren’t in front of him right now, he might have thought he’d dreamt the whole thing.

Hazel eyes flecked with green and gold stared up at him unblinking, as if daring him to challenge her. Like she was expecting blowback from him and was ready to take him on.

Even while being chased by two thugs, this woman had been able to think on her feet, concoct a plan in an instant, and execute it perfectly. He respected the hell out of anyone who could do that.

When he wrapped his coat around her, he’d caught a glimpse of a butterfly tattoo peeking out from under the strap of her tank top. He’d wanted to run a finger underneath the strap and push it aside to see the whole design.

The woman was beautiful. Stunningly so. With an edge to her that said you either accepted her for who she was or you got out of her way. He was drawn to her strength, found it incredibly attractive.

And distracting as hell.

He had work to do. Needed to get back to the stakeout. He’d been gone long enough, and the other warriors were probably wondering where the hell he was. He needed to tell them about the Towncars he’d seen. Reaux might be at the club now.

With the back of his hand, he rubbed off the taste of her kiss from his mouth. It had been too long since he’d been with a woman if a simple kiss could get to him like this.

She glanced around nervously, probably looking for her pursuers.

“They’re long gone. You gave them the slip.”

“This isn’t exactly a safe neighborhood this time of night.” He’d witnessed a few drug deals go down and had run into a number of questionable characters, including a sonofabitch who tried to mug a homeless man. Toryn had seen to it that the bloke wouldn’t think about doing that again for a real long time. “Where do you live?”

She pointed down the alley. “It’s not far.”

It occurred to him that she didn’t want him to know where she lived, but he could no more let her walk home alone than he could stand idly by and watch an old man get mugged. “Then I’ll see you to your door.”

Without waiting for her to reply, he ushered her down the alley, where they stepped around a drunk passed out next to the Dumpster. A dark, rat-sized shape ran along the edge of the building just ahead of them.

“So are you going to tell me what you did back there or not?

His jacket was so big on her that he nearly missed her shrug. “It was called a kiss,” she retorted.

He chuckled. Should’ve seen that coming. Why so evasive, though? He wondered how far he could push her. “I’m talking about that jolt of electricity, Kitten. What was that?”

Something flared in her expression then quickly disappeared. If he’d been further away and not studying her intently, he’d have missed it.

Surprise? Yes, that was what it was. And worry.

“I have no idea what you’re talking about.”

His eyes narrowed. She was lying, and he had a pretty good idea why.

That was a Talent’s energy he’d felt, and she clearly didn’t want him to know about it.