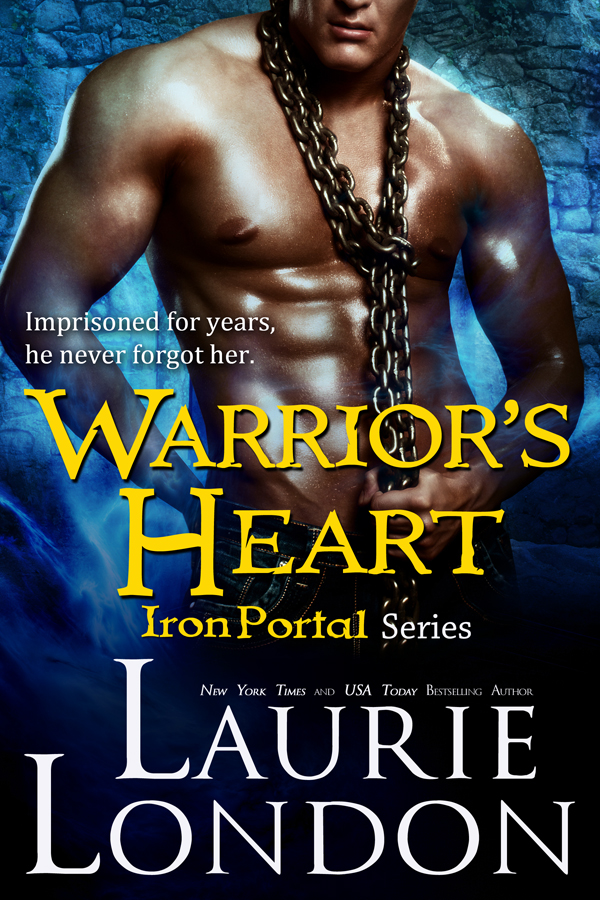 Imprisoned for years, he never forgot her…

Zara Kane is leading a double life. By day, she’s a respected antiquities expert, working at a library, but by night, she’s a thief, stealing back artifacts that belong to her homeland. When she learns that a man she once loved—who abandoned her when she needed him the most—has been wrongly imprisoned, she uses her para-ability Talent to orchestrate a daring escape.

Vince stuffed the last bite of stale bread into his mouth and rose from where he’d been sitting cross-legged on the railroad tracks.

Palmer leered at him from his perch in the back of the truck bed, a fitting throne for such an ass. “Where are you going, Crawford?”

“To water the flowers.” Vince gathered up the length of chain and stepped over Sean’s legs.

“I’ll be watching you,” the overseer growled. He curled his upper lip and spat out a long brown stream of tobacco juice between the gap in his teeth.

“Enjoy the view then.”

Chain in tow, he ambled down the tracks toward a large cedar tree at the edge of the woods. The doctor had been pumping him full of drugs, so he’d been drinking a lot of water to flush them from his system. The doc wasn’t kidding when he said that crap gave you a new kind of high.

When he was finished and started walking back, something on the tracks caught his eye. Several small flowers were lying on top of the steel rails that hadn’t been there a minute ago.

Okay, who was messing with him? Keetch?

He glanced down, but there the poor bastard was, sitting on the stack of railroad ties, right where Vince had left him.
How strange. He must’ve walked right past the flowers without noticing them. Had some kids been playing here earlier and left them there? Although they were out in the middle of nowhere, he supposed it was technically possible.

A gust of wind stirred the flowers, and a few petals blew away. No, he decided. They hadn’t been there for long.
He bent and picked them up. Small white daisies with orange centers, the kind that grew like weeds on the side of the road, with their stems braided together.

A lump caught in his throat. Zara used to make daisy chains for him. Bracelets, rings, crowns. He’d spent hours sketching her as she braided the wildflowers she’d gathered. Cocking his head, he could almost hear her calling his name with the wind.

He shook his head to clear the memory. Because of the drawings, the doctor had asked all sorts of questions about Zara, so it made sense that he was hallucinating about her now. “Stupid fucking drugs.”

All the air left his lungs in one big rush, and he nearly fell to his knees.

He needed to get ahold of himself. It had to be a trick by the doctor to make him think he was talking to his long lost love. Get him to spill all his secrets, tell where the portal was located. Well, he wasn’t going to fall for it. He spun on his heel to leave.

“Vince, wait. It’s really me. I can cloak myself, remember?” Something cool touched his cheek, sending a jolt of awareness through his body.

He grabbed at the air and his fingers actually brushed against what felt like soft flesh. He tried to make out some sort of ripple in the air around him, but there was nothing.

She laughed softly. “Figures. I haven’t seen you in ten years and the first thing you do is grab my boob.”

“Zara?” he rasped, her name coming out in a scratchy whisper.

His heart hammered in his chest as he scanned the empty space in front of him. “What the fuck? How did you—?” He wanted to pull her into his arms and push her away at the same time. If the doctor found out that the girl from the drawings was here, the girl he’d been protecting…

A cold sweat broke out on his forehead. “Do you have any clue what they’ll do to you if you’re caught?”

“They’d have to see me first, and that’s not going to happen.”

Before he could say anything else, the sound of vicious barking filled the air. The dog was still tied to Palmer’s truck, but he was looking in this direction, the hair on its back raised like a mohawk. The wind had shifted direction. The dog had picked up Zara’s scent.

Vince tensed, looked around in front of him, but he still couldn’t see anything. Zara was completely invisible. “You need to get the hell out of here.”

“Crawford,” Palmer yelled from the truck, jerking at the dog’s leash. The animal stopped barking. “What the hell are you doing?”

Vince cursed under his breath. “What’s it look like I’m doing?” he retorted. “Knitting a blanket?”

“Then stop dicking around. We’ve got work to do.” The dog started barking again and Palmer kicked it.

“Tell him you’re sick,” she whispered.

“Zara, you really need to—”

“Huh?” Palmer replied, his hand cupped to his ear.

“The doctor pumped me full of drugs. I’m…I’m sick.” To sell the lie, he hunched over and held his stomach. Vince lowered his voice. “Zara, please. You must leave.”

“Get the hell out of here. Your safety means more to me than anything.”

He heard a sniffle.

“I’m going to help you escape.”