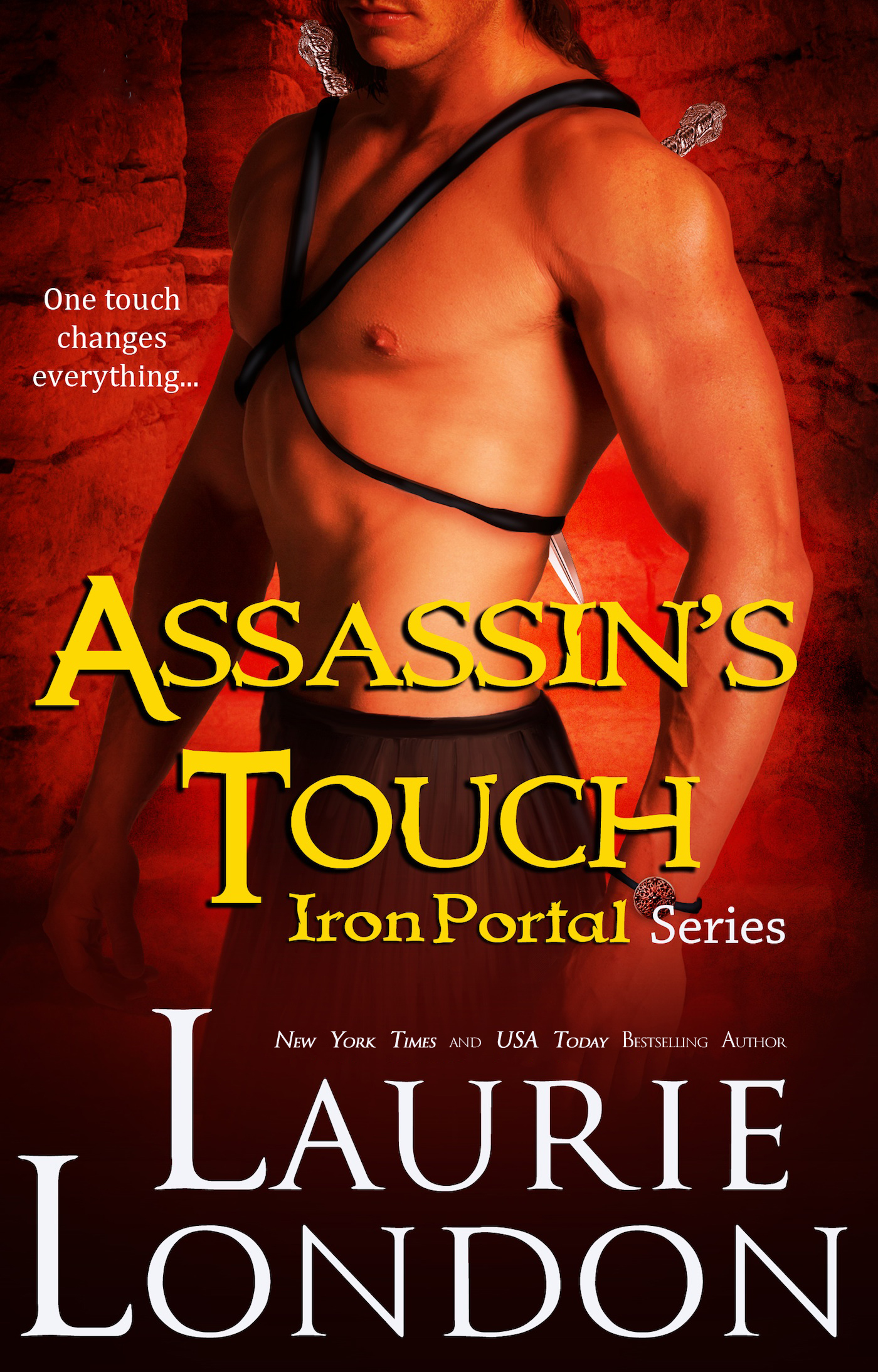 One touch changes everything…

Haunted by loss, Cascadian assassin Rickert D’Angelus is on a mission of vengeance. Determined to stop the Pacifican army from finding a portal to his world, he leads a group of warriors into New Seattle with one goal—to kill Pacifican soldiers.

When Rickert discovers a beautiful, unconscious soldier on a cold mountain ledge near the portal, he realizes she’s a Protection-Talent and cannot be killed. To prevent the army from using her skills again, he takes her as his prisoner instead.

But when he pulls her into his arms, a sexy and compelling vision appears, awakening something inside him. Something he can’t ignore.

Torn between duty and passion, Rickert must decide if the vision is a Talent trick designed to foil the enemy or the answer to his deepest desires…

“Excuse me?” Neyla couldn’t have heard him correctly with his strange accent. It sounded like—

“I said take off your garments. All of them.” The barbarian unbuckled the weapons strap that crossed diagonally over his chest and tossed it at his feet, then reached for the belt of his leather kilt.

She had heard him correctly. Her heart lurched as she realized he was going to force himself on her. Frantically, she looked around the cavern for a telltale mattress or a pile of blankets but saw only hard rock and rows of small wooden boxes.

Was he going to take her like a dog? Push her up against the wall and kick her legs apart? Did he think she was going to give him oral? She ground her teeth together, hardly believing this was happening to her. But he was a barbarian, so why should she be surprised he was going to force himself on her. That’s what they did. Rape and pillage.

Think. Think. There had to be a way out of this. Maybe she should let him believe she would go along with his demands then wait for an opportunity to knee him in the balls and run like hell. But the thought of caving, even if she didn’t intend to follow through willingly, was just too offensive to stomach.

Though he continued to unbuckle his belt, he looked up. His angular jaw was peppered with a thin layer of stubble, making it hard to tell if he normally wore a short goatee or if he’d just not shaved in awhile. Even in the light, his icy blue eyes seemed fathomless and tiny crinkles appeared at the corners.

He didn’t find this amusing, did he? Determined not to appear weak, she kept her expression hard, her gaze steady—her only weapons since he’d taken her real ones away.

Then his mouth quirked.

He did find this funny. Her internal temperature ratcheted up and her breaths became shallow and heavy. This was her life, her well-being, and yet it was just a game to him. How dare he make a mockery of her situation.

“Suit yourself.” He turned his back to her as if he didn’t consider her a threat. At all.

We’ll see about that.

She glanced around for anything she could use against him—a rock, a handful of the gritty sand underfoot, a piece of—

The muscles of his broad back flexed, catching the light and creating shadows along his spine. Dark hair swept his shoulder blades as he fiddled with the fastenings of the few remaining garments he wore—if you could call them garments. They looked more like the medieval costumes she’d sewn for clients. The leather dropped from his hips exposing his tight butt, and when he stepped out of the clothes on the ground, the heavily roped muscles of his thighs contracted beneath his skin.

His body was powerful and strong, his presence so commanding that she forgot who and what he was for a moment.

She needed to turn away, but it was as if she were tethered to this man by an invisible rope. Something about him felt almost familiar, like she’d seen him before. Like they’d shared…something. Okay, that was ridiculous. She’d never even met a Cascadian and she’d certainly never met anyone who looked like this.

What the hell was she thinking? Was she nuts? Maybe that bump on the head rattled her more than she thought. She had to put as much distance between the two of them as she could possibly manage, and then maybe, while he wasn’t looking, she could take off.

Digging fingernails into her palms, she took a step backwards. Then another. And another.

“Stop. Do not move from me again.” He turned to face her with a look that said he knew exactly what she was planning.

When she glimpsed what dangled between his legs, her breath caught in her throat. Oh God, it was…wow. His flaccid length was as thick as a pipe and it hung confidently in front of his balls. Somehow, she dragged her gaze away, though it was difficult. His magnificent body was a freaking magnet to her eyeballs.

“Why…what… I will not have sex with you.” She looked up in order to avoid staring at his amazing physique, but even the stalagmites or stalactites—whatever—seemed phallic. “It’s not going to happen.”

His laughter boomed through the tunnel as if what she said was the most ridiculous thing he’d ever heard.