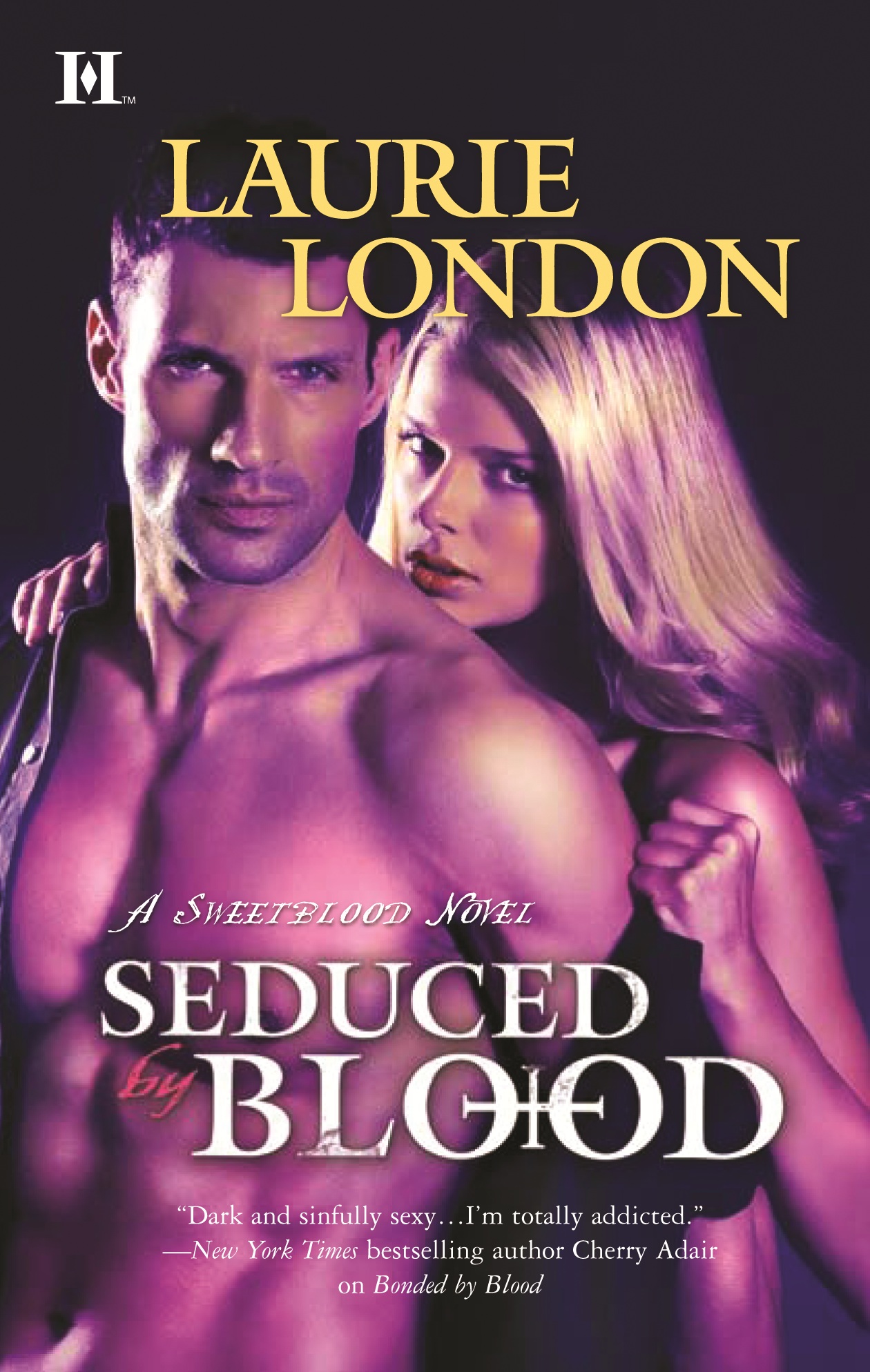 Deep within the forests of the Pacific Northwest, the battle for supremacy rages on between two Vampire coalitions: Guardian enforcers sworn to protect humanity and Darkbloods, rogues who kill like their ancient ancestors….

Hot- blooded and hard- edged, Tristan Santiago has an uncanny ability to see beneath the surface—a skill that serves him well as the Guardians’ region commander. But when a deadly plot against his fellow vampires is uncovered, he must turn to the one woman he can’t read: the beautiful yet mysterious Roxanne Reynolds, whose sensual presence soothes his tormented memories.

Roxy had put love before duty once before, with devastating results. But to root out a dangerous killer in their midst, she must put her faith in Santiago, the one man skilled enough to break through her defenses. Posing as lovers, Santiago and Roxy work side by side—and discover a powerful craving that threatens to consume them both…

“What else can I say to let you know how great this book is? Seduced by Blood is, very simply put, PERFECT!  Laurie London out does herself with this masterpiece!  I am absolutely, positively Joyfully Recommending it!” ~ Joyfully Reviewed

“Laurie London’s vampires are beyond seductive!” ~ Romancing the Darkside

“Seduced By Blood is an action packed, never a dull moment type of read and one you wish you can read over and over.’ ~ Reading Diva

“The fine line the Guardians walk in their struggle not to become what they fight against adds a punch of tension and urgency to London’s compelling series.” ~  RT Book Reviews

“If you have not read any Sweetblood books you really need too…I have truly loved each book.” Books N Kisses

“Well, what do we have here?” A dark-haired man in jeans and a muscle shirt came around the corner. Santiago’s grip on her shoulder tightened. The man held a couple of beer bottles in one hand and let his gaze linger slowly over her body, making her hackles go up.

I’m not an object, dickhead.

“Santiago, you devil. I didn’t know you were with someone new. Whatever happened to that chick you met—”

“Roxy,” Santiago said, cutting him off, “this is Val Gibson. He’s on loan from the San Diego office. Up here in the Northwest, we’re a little more civilized than that ragtag outfit down there, so don’t pay attention to his poor manners.”

On loan. It made him sound like a library book. Bummer. She liked libraries.

“Gibson, this is Roxy. She’s…my fiancée.” The last word fell from his mouth like a bomb.

She jerked her head up. Fiancée? Since when were they getting fake married? She sure as hell didn’t remember agreeing to that. Santiago had an impish glimmer in his eye as if he was enjoying torturing her. Well, two could play at this game.

“We’ve known each other for a while but recently got reconnected and…well…one thing led to another and here we are.” Santiago patted her bottom.

She gritted her teeth while trying to keep a smile plastered to her face. This was absolutely ridiculous. Girlfriend was one thing, but fiancée? How farfetched and unbelievable was that?

Gibson looked her up and down again with this new information. “So the CO doesn’t need to be chasing skirt night after night now that he’s got it waiting for him back home. Were you getting tired and decided you needed a sure thing?”

God, she hated both of them right now.

She wrapped her arms around Santiago’s waist and rested her head on his chest, ignoring the amazing way he smelled. Turning slightly so that she could see Gibson, she gave him her sweetest smile. “Aw, baby,” she said to Santiago, “we really can’t be lying to folks like this. Go on, tell him. He doesn’t look like he’ll be too upset.” She poked him playfully in the stomach.

“Upset?” Santiago looked down at her, confused.

She held out her hand to the alligator, half-expecting to get some strange energy vibe from him when they touched, but there was nothing. “It’s so lovely to meet you, Mr. Gibson. I’m Roxy. Mrs. Roxy Santiago.”

“Yeah, isn’t it great?” She looked up at Santiago with the best adoring, new-bride expression she could muster.

He stood there, rigid, shocked.

Gibson’s eyes went as wide as dinner plates and his gaze pinponged between them.

“I kept trying to tell Pookie here that we needed to have a big wedding and invite all of our family and friends, but he insisted on eloping. Said he couldn’t wait that long until everything was official. He was eager to start our lives together as husband and wife, isn’t that right, sweetie?”

The murderous look on Santiago’s face was priceless. It was all she could do to keep from laughing. Her stomach hurt from holding back.

“So we flew to Vegas and got married by Elvis.”