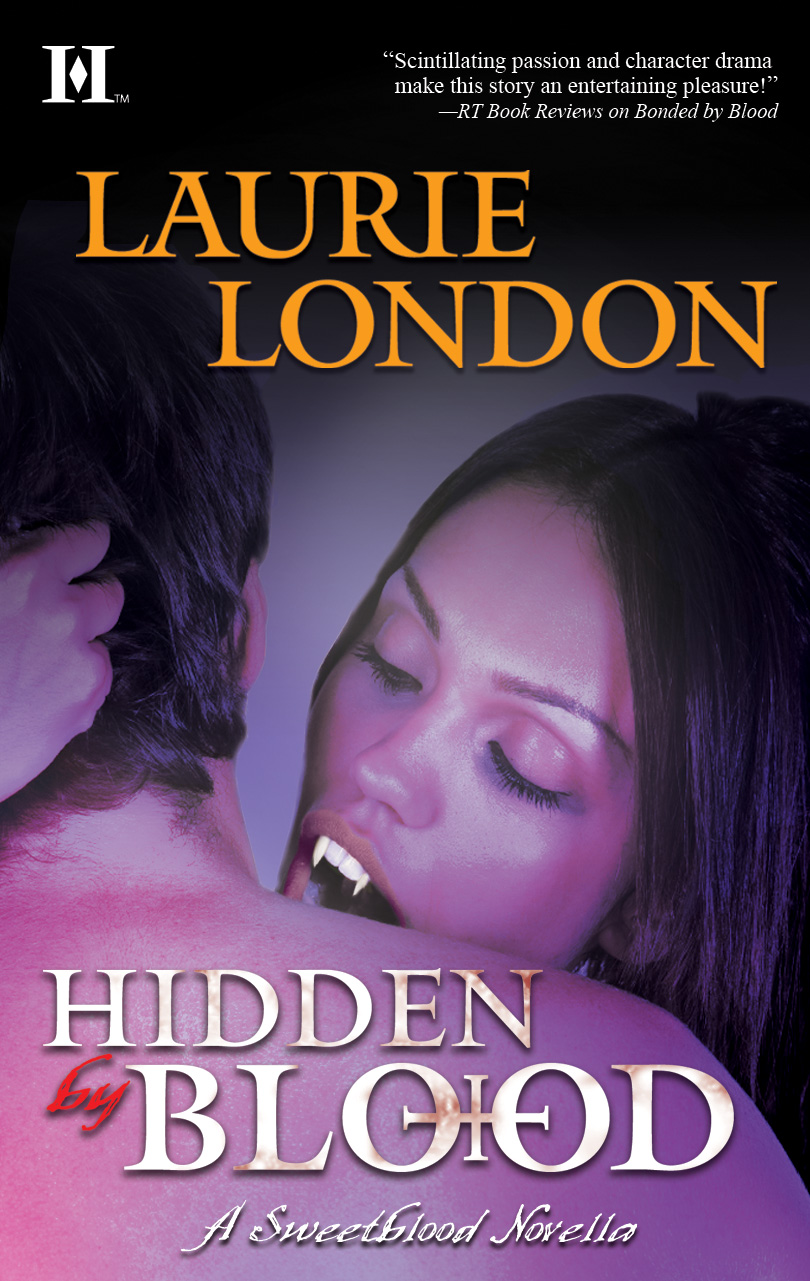 Deep within the forests of the Pacific Northwest, two vampire coalitions battle for supremacy—Guardians who safeguard humanity and Darkbloods, rogues who will stop at nothing to satisfy their craving for the sweetest of human blood.

Now, former Army Ranger Finn McKentry finds himself imprisoned as a blood slave, forced to submit to an enemy more powerful than any he’s encountered before. Only Brenna Stewart, the woman he’d loved and lost, can set him free—but the secret she harbors might lead them down the most dangerous path of all…

“Another great story in what is quickly becoming one of my favorite series.” ~ Ramblings From This Chick

“I fell hopelessly in love with the characters.” ~ Booklovers Hideaway

“Kept me on my toes until the final page.” ~ Amazon Reviewer

Finn McKentry clenched his fists and arched his back off the squalid mattress. The metal cuffs around his wrists and ankles dug painfully into his skin as heavy chains clanked against the cold stone floor. With a groan, he struggled, twisted and pulled against his restraints. As usual, nothing gave way, but that never stopped him from trying.

His captor arranged the supplies neatly on the metal tray and pulled on a pair of latex gloves. “Come now. You must relax, or you’ll create unnecessary bruising on the skin. And we don’t want that, do we?”

The man filled a syringe with a small amount of clear liquid, held it up to the light filtering into the room, and flicked it with one finger.

The alcohol-dipped cotton ball was cold on the inside of Finn’s arm and he turned his head away. He knew what was coming next but was powerless to stop it from happening. Frustrated by his helplessness, Finn tensed every muscle. Beads of sweat trickled down from his hair despite the cool air. He hadn’t entirely given up hope that he’d figure a way out of here, but with each passing day, that hope was quickly diminishing.

“Calm down, please. If this vein collapses like the other, I’ll be forced to use the one behind your knee, which I understand is a very tender area. Either that or your groin. And that wouldn’t be pleasant for either of us, I’m afraid.”

Finn sucked in a loud hiss of air as the needle went in. That damn anticoagulant stung like a sonofabitch every single time. With a deadly efficiency, the man attached vial after vial to the needle, carefully capping each one after it was filled.

Finn tried to distance himself from his emotions, focusing instead on every individual detail with a detached curiosity. It was a technique from Army Ranger SERE training, where they were taught survival, evasion, resistance and escape tactics. Little had he known at the time that he would end up using those skills not as a prisoner in Afghanistan or Iraq, but stateside, after retiring from active duty to run his own helicopter sightseeing business.

It had been after dark when he’d met the man at the small regional airport last week. The guy had seemed sincere enough on the phone when he made an appointment to see the city lights by helicopter. He’d said something about a wealthy employer. However, when he’d stepped out of the Bentley and Finn had walked up to shake his hand, everything had changed.

The man’s pleasant, cordial expression had suddenly disappeared as he’d hurriedly pulled out a white handkerchief and touched it to his upper lip. At the time, Finn had assumed it was nerves—many people were anxious the first time they flew in a helicopter. The man had glanced around and steered Finn to the back of the car using some flimsy excuse about needing to change his shoes. Before Finn knew what was happening, he’d been overpowered and shoved into the trunk. During the bumpy ride here, the knots on his restraints had proved to be so tight that even his survival school trainer would’ve been stumped.

He scrutinized his captor now. With his neatly trimmed dark hair and country-club clothes, he seemed laughably out of place in this hell-hole. At no more than five-foot-seven, the guy was almost feminine in stature, with narrow shoulders and small hands. Finn could easily picture a gust of wind buffeting him on a city sidewalk. His back would be hunched against the rain; he’d have a newspaper in one hand and the collar of his GQ wool trench coat clutched tightly in the other.

But as Finn had learned all too well, fancy clothes and a Fifth Avenue haircut couldn’t hide the monster underneath.

“That’s a good patient.” The man smiled without looking up from his task, the tips of his fangs making small indentions on his lower lip. His pupils had expanded as they always did the minute Finn’s blood started filling those vials, leaving just a narrow ring of his pale-green irises visible. “When you give in and stop fighting, it makes it so much easier for both of us.”

If the guy were human, Finn would’ve kicked his ass. He might have spent the last few months running San Juan Aviation, and visiting relatives in Scotland before that, but taking down an enemy combatant wasn’t something a Ranger forgot how to do.

Yeah, he’d have snapped the little fucker like a toothpick if he’d been human. But considering the guy was a vampire, Finn knew he didn’t stand a chance.