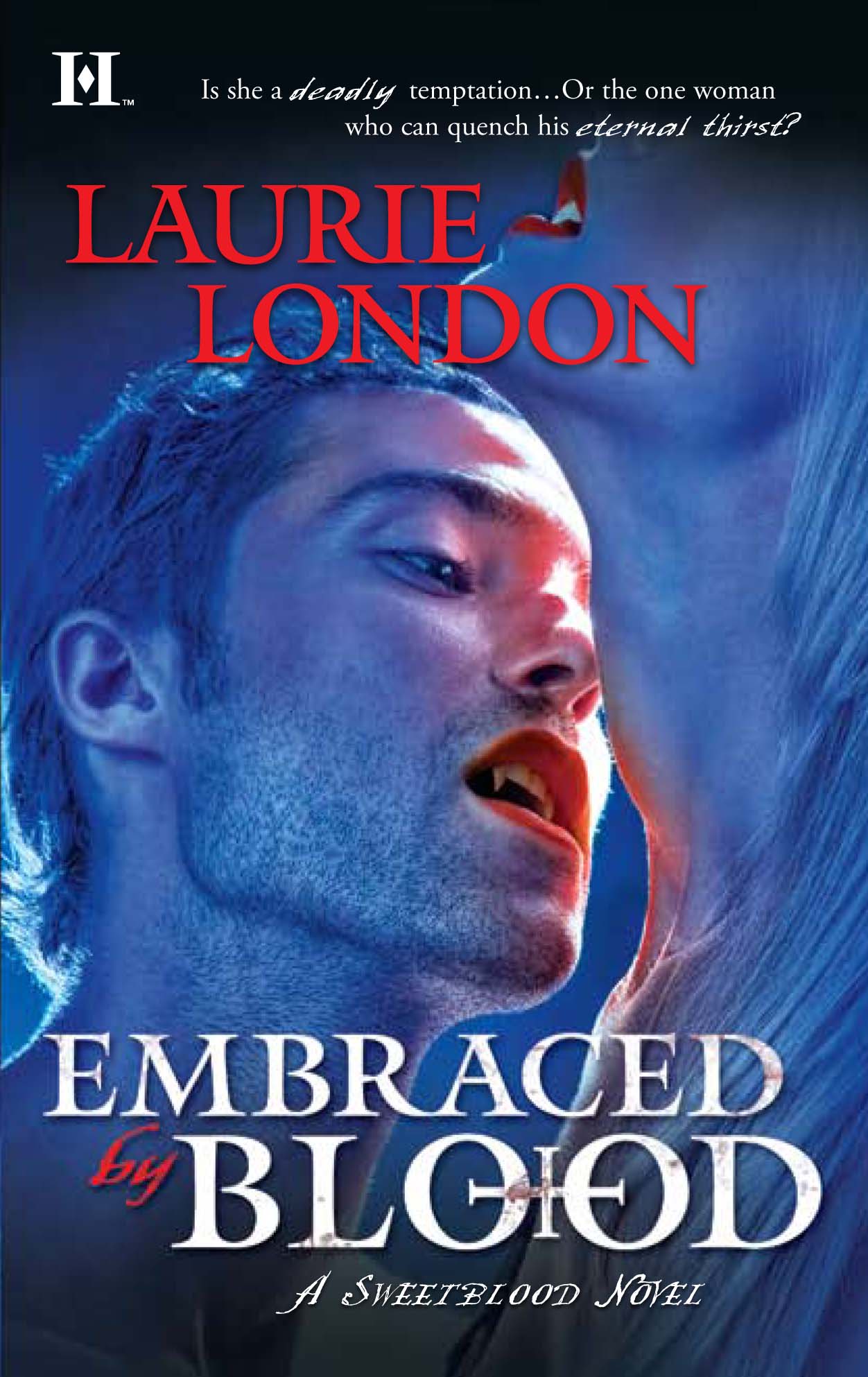 Is she a deadly temptation…or the one woman who can quench his eternal thirst?

Alfonso Serrano is a hunted man. For months he’s managed to elude the Darkbloods, vengeful foes who won’t rest until he’s dead. But he still craves one dangerous temptation: Lily DeGraff, the sexy Guardian agent he’ll risk anything to protect.

Lily is a wanted woman. Her talent for tracking Sweet-a rare blood type that’s addictive to vampires-makes her a prime target for enemy capture. Her only hope is the stealthy vampire operative who stole into her bed…then left her in despair. Danger aside-Lily won’t let Alfonso near her heart again-until an irresistible hunger draws them back together…and into an assassin’s snare.

“Embraced by Blood is an enticingly seductive read that will leave you enthralled!” – Joyfully Reviewed, Recommended Read

“The Sweetblood series is seriously sexy, the characters flawed in all the right ways, the vampire mythology familiar and distinct at the same time.” – All Things Urban Fantasy

“London continues the culture clash between her vampire factions, which means the danger and body count are increasing!” – RT Book Reviews

Lily pushed open the steel door at the far end of the parking garage with a bang, her heart thumping madly in her chest. She was angry, she told herself. Angry and pissed off, and not at all excited.

There he was. Just where she figured he’d be.

Alfonso leaned against the hood of her red Porsche, his long legs stretched out in front of him, one large boot crossed over the other, looking like he owned the whole damn place. The warm smell of leather and pine filled her nostrils as she marched toward him, her heels pounding on the pavement with every crushing beat of her heart.

An hour ago, while she assembled her weapons bag, the little hairs on the back of her neck had begun to tingle and thoughts of Alfonso kept filling her mind, despite her attempts to shut it down. And now, of course, she knew why. Her sensory abilities had detected him, knew he was nearby, whether her conscious self was completely aware of it or not. At least her scent memory wasn’t totally fried.

Shoving the duffel bag behind her, she stopped in front of him, feet squared, hands on her hips. “What the hell are you doing here?”

Calm as always, he shifted his weight to the other foot and examined his fingernails for a moment before he lazily lifted his gaze to meet hers. The clear blue of his eyes used to remind her of the color of truth, but all she saw now was icy deception. What a fool she’d been to trust her heart with someone like him.

A hint of a smile sat on his lips, his dimple appearing on one cheek. “What’s it look like I’m doing?”

“Listen, Alfonso. Don’t play games with me. My intelligence quota has increased exponentially since you last saw me and I’m not nearly as gullible. Why are you here? And I want the truth.”

His brow furrowed and he studied her face as if she were a science experiment that needed to be weighed, measured and cataloged. Then his gaze traveled slowly down her body, tickling every traitorous nerve ending. “You miss the latest Agency directive? Until further notice, all Trackers shall be accompanied by another Guardian while out in the field.”

“I’d have heard if the rules had changed.” Jackson hadn’t said anything about it a few minutes ago.

“It was just faxed to all the field offices in the region.”

How the hell would he know? He was obviously trying to trip her up, make her think it was official so she’d agree. “And last I knew, you’re not a Guardian. How’d you even get in here? The place is cloaked. Did Mackenzie tell you what was going on? She did, didn’t she? Or wait, Jackson!”

During the lame-ass emergency briefing that cut into the precious time she should’ve been out (deleted mini-spoiler), he hadn’t made eye contact with her. Not once. It totally was him. Next time she saw the guy, she was going to fry his ass.

“Nope.” He looked down, flicking something off his thigh. As he picked at the frayed edges of a small hole in his jeans, his thick lashes rested against his cheeks.

His nonchalance fanned her anger and every muscle in her body went rigid. How could he be so calm and act so totally uninterested? They hadn’t seen each other in over a year. The least he could do was shake her hand or give her a hug. Tell her she looked good or something. Like normal people would do. Normal people who’d once shared something special. God, she was so stupid for thinking he’d ever cared about her.

A tiny voice inside told her she wasn’t exactly welcoming to him either, but she shut that down instantly. She needed to keep her exterior shell as hard and rigid as possible in order to protect her too fragile heart. Love was a candy-coated fairy tale whose sugar-high didn’t last long in the real world.